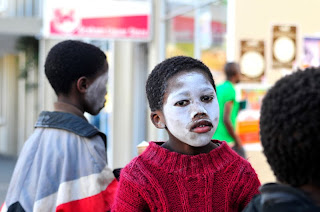 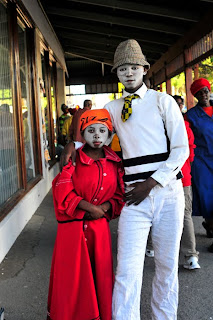 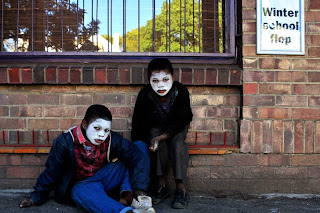 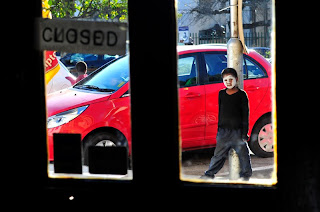 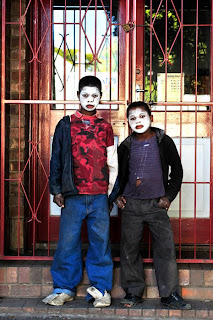 Well hello again,yoo I just realised today as I slaved away in my archives what this blogging thing is helping me do,its helping me look at my pictures as I usually get over them as soon as I take them ,don't look at them much and don't do much with them either(unless there is a call for submission or its commissioned work) ,so yesterday while I was looking at what I was to post today I came across pictures i did in July of this year in Grahamstown in the eastern cape.This year for the very first time i attended the arts festival there,shocking i know but hey there is a first time for everybody and this was mine,took a train there knowing there was free accommodation and stipend waiting for me,arrived after it felt like i was on the train for moons,recuperated in the morning then went out at around midday to attend rehearsals for the production i was there with called afterschool.The weather was georgous i remeber because when i left jozi it was freezing and nasty,the sun was shining in Grahamstown i was wearing my shades and flops , strolling down the student town heading to reheasals and thats when i first saw them,at first i thought mybe its part of the exhibition behavior i see in all festivals,but no man these ghosts like figures lucking in every corner and restuarant door were kids man! half miming half begging this really did leave an uncomfortable impression on me well it was my first day and i was not to stress or think too hard about "social issues"or not even read too much into thinks like i usually do.But as I was greeted by the same scene the next day i asked myself its school holidays, year in and year out for i dont know how many donkey years this time of the year the festival arrives,so I asked why is there no programme for the local kids to keep themselves busy and be involved in this big event in their town.or is there? Or where these kids just out to get themselves an extra rand to buy themselves ice cream or was this a sign of the divide between the rich and the poor in this town was it like a sign to show how wide the gap is.Upon befriending some of these young street artists i realised that most of them have never seen a play on the festival programme, unless its on the street ,these kids have never been inside the festival venues,so in exchange of them allowing me to make portraits of them i gave them complimentary tickets to come watch our play.
Posted by Lerato Maduna at 6:38 AM